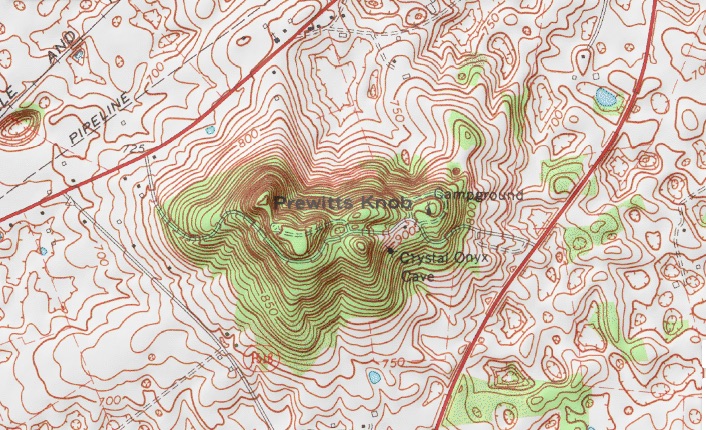 Glasgow – As an Indianapolis man lay at the bottom of a 60 foot pit in a Barren County cave for 12 hours this weekend, two friends held his broken leg and waited for a team of rescuers to figure out a way to get him to safety.

“It was painful, but I had no worries that I was going to die because my team was right there with me, “ Pat Marcee, 19 said today from his room at T. J Samson Community Hospital.  He remained in stable condition after breaking several bones in one leg.

Marcee and five other spelunkers in his team were familiar with Rogers Discovery Can even before they went there this weekend to map new passages. The private cave, near Crystal Onyx Cave, is near Glasgow.  The team members peered through the dark passages with lamps attached to their helmets. They walked, climbed and finally rappelled 60 feet to the bottom of a pit.  Several hours into the trip, Marcee began to climb back up the ravine to reach a small tunnel about 20 feet away. He had almost reached it when he fell backwards and plummeted 17 feet.

Two team members stayed with Marcee while the others went for help.  It was 54 degrees inside the cave. His friends helped him into a sleeping bag and they wainted.  “If it hadn’t been for my team,” Marcee said, “I would have been dead before the TRACERs got there.”

The TRACERS – formally known as the Technical Rock And Cave Emergency Response team – and the Barren County Disaster and Emergency Services unit responded, but had to be careful because of the many slopes and pits, said Tony Keithley, a disaster service coordinator.  Rescuers rigged a pulley and Marcee was pulled to safety about 12 hours later.

Marcee hopes to leave the hospital tonight and return to Indiana. He was told he won’t be able to explore caves with his club – the Cave Wolf Team – for a year.  But as soon as he’s able, he’ll be back again, he said.  “It’s just kind of my life,” he said. “We’re cavers.”

(This cave is located on Prewitts Knob, but not on the Crystal Onyx Cave property.)